Deprecated: Assigning the return value of new by reference is deprecated in /home/content/13/9775713/html/wp-content/plugins/audio-player/audio-player.php on line 903

Do you think Ed Graney sleeps in Aztec pajamas?

Twitter was on fire this evening after the RJ columnist decided the best way to reach the local readers of the RJ was by literally blocking them from seeing his tweets. It is an interesting strategy for a journalist in 2015 to shun the very people who are buying his newspaper. I am curious as to how it will work out.

Not that Graney would care if he got fired because if worse came to worst he could put his degree from San Diego State to good use by becoming Steve Fisher’s pool boy.

And not that UNLV needs any extra motivation, but tomorrow is a chance for them to silence their biggest critic… at least for one night.

For the 3rd time this season, UNLV has an opportunity to take down the Aztecs. They came up short in their previous meetings despite leading at halftime in both of those match-ups.

I think UNLV is going to win, and I will tell you why:

1. We have better players.

2. We are a desperate team that has been playing pretty good recently.

3. Of course, they are motivated to win the conference tournament, a feat that no one on their roster has accomplished; however, SDSU is pretty much guaranteed a spot in next week’s NCAA Tournament.

4. UNLV has all the motivation. It is fair to say this season has been a disappointment. After beating Arizona, the last thing I thought would happen is UNLV finishing 7th in the conference. But if you take a deeper look, you realize UNLV  had an opportunity late in the second half to win every game they played in, except one. UNLV has led at halftime of every conference game this season, except for 2 (vs UNR, @ Boise St), including their last 15 games. The Rebels are a much better team than their record indicates and this is their last opportunity to show that.

Now for my official prediction (you already know it is UNLV moving on to the semifinals):

-The Rebels get off to a hot start. SDSU will be double teaming Chris Wood, and Chris will be savvy enough to kick the ball out to Pat McCaw and Cody Doolin. The Aztecs will adjust, and Chris will start going into attack mode. On the defensive end, Goodluck Okonoboh will be shadowing JJ O’Brien. UNLV will force SDSU to take jump shots, and hopefully, at least 4 players will crash the boards, limiting the offensive rebounds for SDSU. UNLV will be up by 6 at halftime. In the first five minutes of halftime, my friend Brett Parry will tweet about how important the first five minutes of the second half are, but because UNLV is playing their game, they don’t see his tweets, and they let SDSU crawl back in the game. Darn. UNLV makes an adjustment, gets more patient on offense, and regains control of the game. UNLV hits some FTs late, and walks away with a 66-61 victory.

Then Rashad Vaughn grabs the microphone WWF style, and calls out Colorado State and announces his return to the  court then does the throat slash gesture leading to a technical foul, but we don’t care.

Okay, so that last part probably won’t happen….but maybe it will. 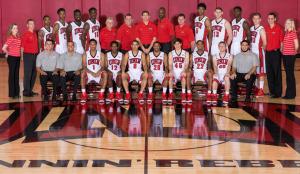 PLAYER OF THE YEAR:

-Cody Doolin… Get your head in the game kid. 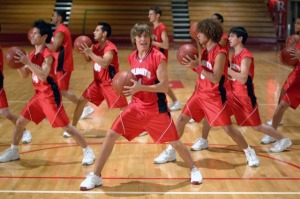 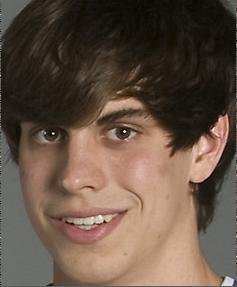 -Jordan Cornish. His kicks are almost as hot as his outside shot.

ALL OF YOU PLAYERS BETTER BE COMING BACK NEXT YEAR. I AINT PLAYING AROUND.