I know Carlos. He probably doesn’t remember me personally, but I’ve spent more time around Carlos than the average UNLV fan.

In May of 2010, I was given the opportunity of a lifetime. I was offered a student manager position for UNLV basketball. Being born and raised a UNLV rebel fan, it was an easy decision.

Being a student manager was one of the most gratifying experiences of my life. From October to March, I spent just as much time at the Thomas and Mack Center as I did in my own house. Each manager was given their own unique role. There were general things that we all helped with, but for practice, we had our own assignments.

I filmed. My job was to literally sit at half court and film practice. Once practice was over, I would burn the recording onto a disk, and give a copy to UNLV’s video coordinator.

Before most practices, the court was open for us managers to shoot around. Imagine that. A lifelong rebel fan. Taking shots on Tarkanian court at the Thomas and Mack Center. 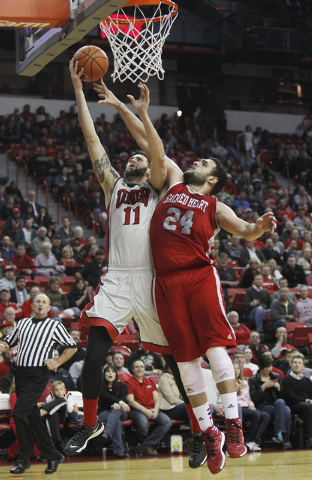 So today, it bothers me when I feel people unfairly go after Carlos. The key word is “unfairly”, because all players are subject to some amount criticism, but sometimes Carlos is treated as the punching bag in which fans take their frustrations out on.

Among UNLV fans, you seem to either love Carlos or hate Carlos. I love Carlos. Now sure, he isn’t the most talented player on the roster, or the most athletic, but Carlos seems to always play hard, which is more than I can say for alot of UNLV’s player.

We all know Carlos’ signature move. Face up on the defender, pass fake, when the defender gets lost  on the pass fake, Carlos slips underneath and finishes. His victims include but are not limited to Billy White, Drew Gordon and Noah Hartsock.

I feel like defensively Carlos is underrated. At times his footwork is little slow, but he has a strong upper body.

Offensively, Carlos’ impact is huge. It seems like every time he scores, it comes at a big moment, and it gets the crowd on it’s feet. **Unofficial Stat Alert** Carlos leads the team in “most times an opposing coach has called a timeout after making a FG” stat. 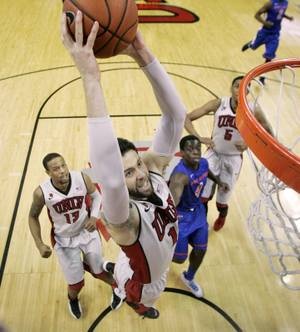 Finally, let me end with one last point. In a generation of college basketball dominated by selfish players who jump ship at the first sign of trouble, Carlos stayed loyal to UNLV.

As a Freshman, Carlos averaged 11.7 minutes a game. He has seen that number get smaller and smaller each year. Let me remind of you recent UNLV freshman who averaged 29 minutes a game last year and decided that UNLV didn’t offer him enough to get him to the next level.

Loyalty is a rare trait in today’s college basketball. If you don’t think that Carlos had multiple opportunities to leave UNLV for a program that would play him more, you’re crazy. The fact that he stuck with UNLV despite given a decreasing role speaks volumes of his character. His frustration with his playing time is no secret to UNLV insiders, but that frustration isn’t selfishness. It comes from a real desire to help his team.

Senior night is tomorrow night and Coach Rice has announced that Carlos will start in place of injured Roscoe Smith. Good for him. We’re going to need some senior leadership if we expect to beat San Diego State.

Regardless, I hope that UNLV fans take a moment to remember what Carlos gave to our program, himself. 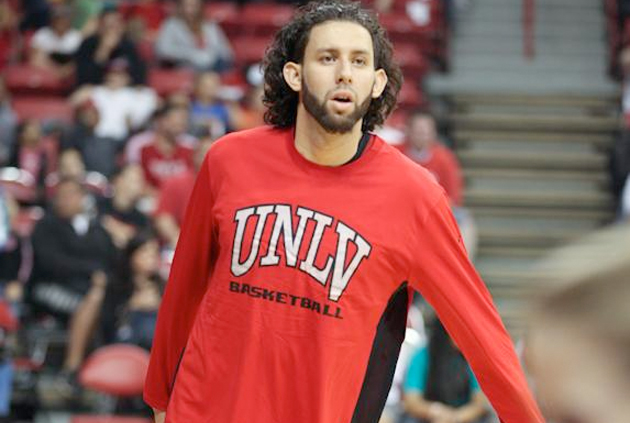