I might be crazy, but I EXPECT UNLV to win this weekend at San Diego State. You can call me a homer if you want. You might be right.

San Diego State comes into this game 15-1. Their lone loss of the season was against Arizona back in November. Just a few weeks ago they were able to beat Kansas in Allen Fieldhouse, which is a very rare accomplishment. They are a long and athletic team that plays very good defense, and loves to play physical.

UNLV has been bipolar this season, but it has had some bright spots. The brightest being on Wednesday, when the Runnin Rebs were able to pull off a HUGE road win against New Mexico. Truthfully, UNLV has been a much better team on the road than they have been at home this year. Our lone road loss was in Tucson against Arizona in a game that UNLV was in a good position to win.

Here are some arguments to why we will win:

-Dave Rice has SDSU’s number.  The Aztecs have been outcoached by Dave Rice, dating back to his time as an assistant at BYU.
-Josh Davis can rebound well but he won’t be getting to as many rebounds between Khem Birch and Roscoe Smith.
-Xavier Thames struggles against UNLV. Career numbers vs UNLV: 7/29, 21 total points, 12 Turnovers in four total games.
-With the exception of Arizona and Kansas, they haven’t played against a team as athletic as UNLV.
-Khem Birch had 5 blocks in each game last year versus SDSU. He altered plenty more than that.

Bottom line: I think this game will look a lot like the game vs New Mexico, but the scoring will be lower. SDSU plays better defense than UNM, and while they can get out and play in transition, they mostly slow it down offensively. I expect our bigs to have a great game. Josh Davis and JJ Obrien are good players, but Cameron Bairstow and Alex Kirk are better. The real question is how our guards matchup with Xavier Thames and Winston Shepard. My biggest fear is SDSU playing small,and forcing Birch to leave the paint, leaving the lane vulnerable to back-door cuts, and slashes. If KO and Deville get hot, it really opens the floor up for Jelan and Bryce’s midrange game. The game will come down to how well our guards play against Shepard and Thames. Those two are capable of spoiling the Rebels trip to San Diego.

UNLV, and I still believe this, is the most talented team in the conference. We are HUGE UNDERACHIEVERS. At this point in the season, we have to win. I think our only shot of making the tournament is to finish the regular season with 25 wins (including the MWC tournament) and I think UNLV will find win #12 tomorrow in San Diego. 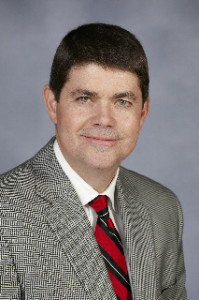 What you smiling about Dave?