The game was essentially won when SDSU broke open a 9-9 tie with 19-2 run midway through the first half. Even though UNLV improved throughout the game, the margin was just too much to overcome against the nations #1 defense.

Josh Davis led the Aztec’s with 14 points, and 14 rebounds (6 offensive). He clearly was causing headaches all day for UNLV down low. This caught me off guard. It was the first time all year that anybody had been able to push Roscoe and Khem around. 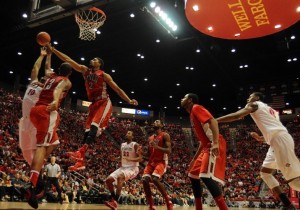 Deville Smith and Bryce Dejean Jones had their moments, but a combined 12/44 won’t get the job done. Ever. 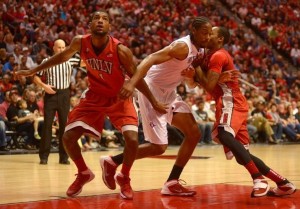 Next up for UNLV is the return of former rival, Utah State, January 22nd at the Thomas and Mack Center.