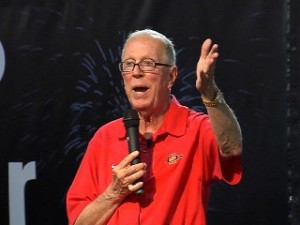 2. New Mexico: Three road games, three wins. That is a recipe for success in conference play. UNLV exposed some weaknesses, but the Lobos have the most experience of all the teams in the conference. Also, I am putting out an APB for last year’s MWC POY, Kendall Williams. Where you at?

3. Boise State: One and two is easy. It starts getting dicey from here on out. I put the Broncos here because of Derrick Marks and Anthony Drmic. By the way, anyone else think that Anthony Drmic looks like a member of boy band?

4. UNR: Who are these guys? They lose Cal State Bakersfield, but then smashed UNLV in vegas? And does anyone else feel like Deonte Burton has been at UNR for like 6 years now?

5. UNLV: The Runnin Rebels are at crossroads again. They can roll over and die, and let the calendar slip into February and March, or they can go down swinging.
Are we sure that Anthony Marshall and Justin Hawkins don’t have another year of eligibility?

6. Colorado State: People are not talking about how good a job Larry Eustachy has done. They lost nearly all their production from last season but they still are a very competitive team. I honestly thought CSU would be one of the worst teams in the conference this year. Easy on the diet pepsi though, Larry.

7. Utah State: The jury is still out with Utah State. Until I see them against UNM or SDSU, I am playing it safe and putting them in the middle of the pack. Also, I think everybody has a family member that looks like Stew Morrill (See below). 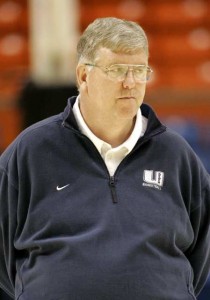 8. Air Force: Ugh. The Falcons. Nobody looks at their schedule and says “Oh sweet! We got Air Force tonight.” because everybody knows that Air Force are a bunch of nerds who play smart, play physical, and love ‘Merica.

9. Wyoming: There is not a team that I know less about than Wyoming. All I know is that no team has a worse name for their venue. Arena-Auditorium? Really, there aren’t any businesses that want to buy the naming rights?

10. Fresno State: Someday the Bulldogs will be relevant in hoops. This year is not that year.

11. San Jose State: I am throwing this idea out there: Rashad Muhammedcould have a longer NBA career than his older brother.